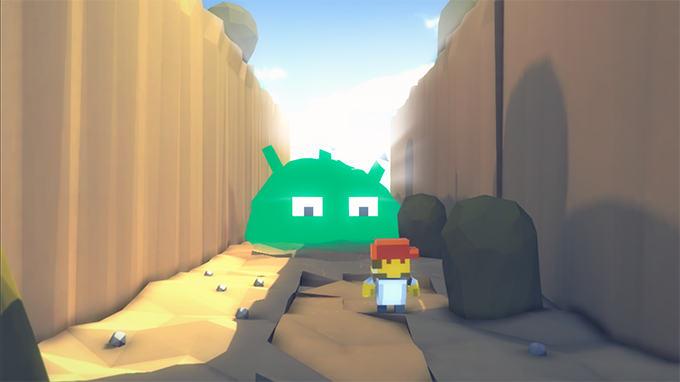 Super Axe Boy is a stirring platform game that combines awesome 2D and 3D gameplay, memorable characters and a unique graphical aesthetic. It’s old-school challenging platform fun mixed with modern sleek game design. It’s everything we love about the classics like Mega Man and Mario, combined with the possibilities of modern gaming.

Unique mix of 2D and 3D gameplay: Levels will switch back and forth between 2D sections (emphasis on: precision, timing, fast movement, countdown sections) and 3D sections (emphasis on: sense of freedom / branching-off level paths, exploration, puzzle solving, cinematic sequences). You will get the frantic feeling of a classical Mario or Mega Man with the sense of exploration and cinematic sequences as known from modern platformers and adventure games. The game will jump between these 2 styles – in the same level and all the time.

Cool indie/chiptune soundtrack: The final game will have a soundtrack that combines the best of an 80s chiptunes sound with pumping garage rock tunes. Anyone who’s seen “Scott Pilgrim” should know what that means.

Huge gameplay variety: There will be large main levels (needing several minutes for completion) and short intersections and bonus levels, where you need to survive one screen or a certain gameplay mechanic is trained with you. Also, your character will get power-ups over time, thus ramping up the movement abilities and ways you can finish a level. 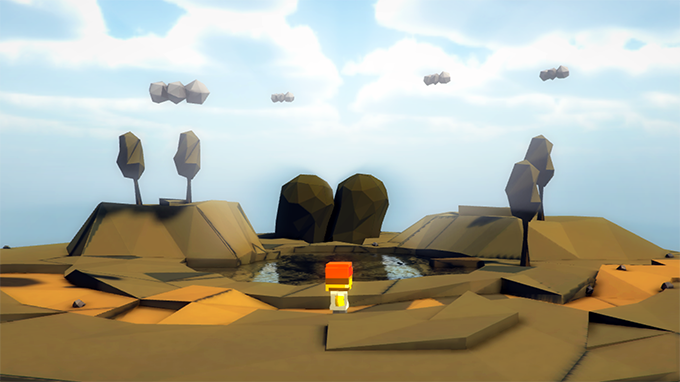 Fresh axe chopping mechanics: Axe Boy has his beloved and robust axe always with him. With his axe you can do lots of cool things such as