I’ve been around video games for nearly thirty years now, and wow doesn’t that make me sound old. I can just about remember when video games were little more than two movable paddles and a ball on the screen. So, when I see a game that simply shines with a sort of 8bit feel, I can’t help but instinctively want to check it out. It is still in early access as well, so I can’t expect a completely finished product at this stage.

Endorlight is certainly a game that reminds me of those 8bit games of my past. So, I picked it up from Steam, downloaded and dived in to what I hoped would be a wonderful retro experience, but was it everything I thought it would be?

The opening screen is suitably basic looking, with buttons for Continue, New Game, Settings etc. I clicked through to a new game and selected 1 Player and there it was. A blocky retro screen with a small pixellated person stood in the centre. I waited for a few seconds, waiting for some kind of introduction; a couple of story screens or a tutorial instruction, something. But nope, nothing happened. Looks like I was on my own with this won, but like I said I can remember when games didn’t have tutorials or saves, so I can figure this out.

After a few minutes I’d figured out that the small chap on the screen, had basic controls, left, right, jump and a number of weapons at his disposal, a whip, axe and bow. The whip for hitting in front  at a bit of a range, axe seemed to hit close front and below while the bow could be fired at range in front of you.

So, you control your little chap around the screen, you jump, smash barrels, collect different coloured blobs that I assume are jewels of some kind and kill any monsters whose pre-determined path happens to intersect with where you’re going. And from what I can determine, where you’re going is pretty much just downwards in what seems to be an ever scrolling landscape. Which at least is randomly generated for every new game, at least it seemed to be. All to find a little door you can go through that takes you to a different randomly generated level, filled with blobs, spiders, treasure chests, exploding chests etc.

Endorlight certainly can’t be accused of having too many difficult controls to master. It was very easy to move him about the screen, and you can even plug a controller in if you prefer to do it that way.

At this point I was starting think “Is this really all there is to Endorlight?” Well, kinda yes and kinda no. The premise of the game is basically as I described it above, but the more you play and the more little doorways you go through the more complex and dangerous the enemies become. You start meet enemies that explode upon death, taking a chunk of your health with them, some creatures actively target you, and it becomes a lot more important to grab those little hearts that reminded me so much of Wonderboy, Ah. I must stop reminiscing.

There is a second player option, which you can use if you have a controller, but both players share the same screen so good luck if you each want to do some independent exploring. Then again I can’t imagine many players getting excited about a 2 player option with this game anyway.

Probably the biggest downside of Endorlight is the lack of replayability. The fact that each time the level is randomly generated helps to keep things from getting same, but this doesn’t always work. I jumped into one level which kept me entirely sealed away from 90% of the level including the exit, so I had to quit and try again. Not something that lends to a seamless gaming experience.

Also, as I mentioned before you don’t know why you’re collecting all these gems. Do you get to spend them somewhere? Do they return lost health when you’ve collected a certain amount? No idea.

Right, where do I start? I suppose, it’s fair to say that Endorlight has been created by way of a dungeon crawler engine, and it seems to be updated on quite a regular occasion. However, I’m going to have to treat this game just like any other game that I’ve paid money for, although this did only set me back £1.99. 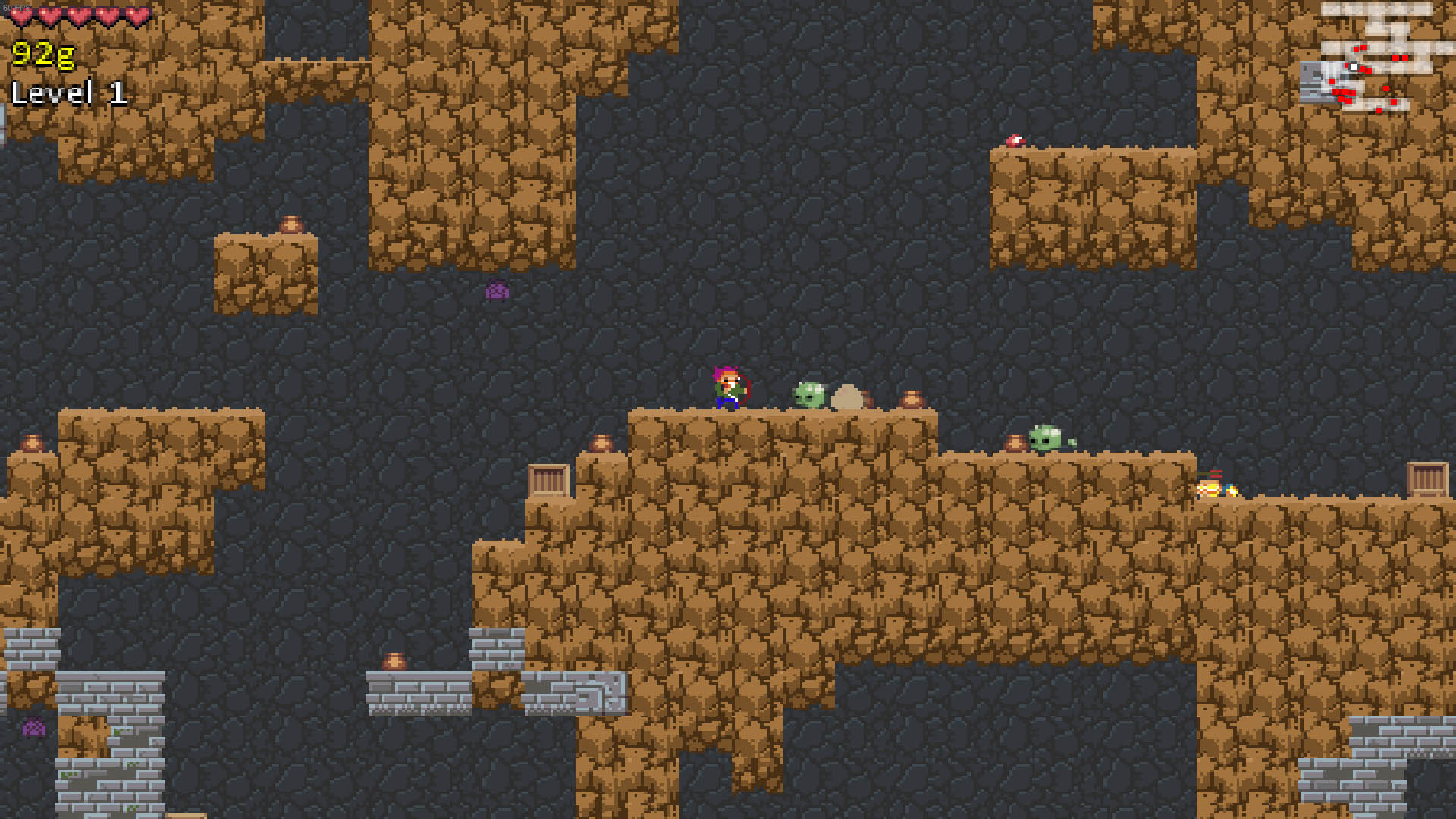 Even for so low a price, it’s just not worth the money. As a game it doesn’t stir up any emotion at all, not even boredom. You play it, realise there really isn’t a point to anything you’re doing, switch off and then play something with a purpose. Graphically, it just looks old and basic, not even classically retro which I love. The sound is nothing to write home about, but you can buy the soundtrack for 79p, which may actually have more enjoyment long-term than the game. The one positive I can find is that the level of complexity has been well thought out, you don’t advance too quickly or too slowly, but it certainly isn’t enough good to offset all the bad.

This game was previewed by Jim Franklin, go and check his website.