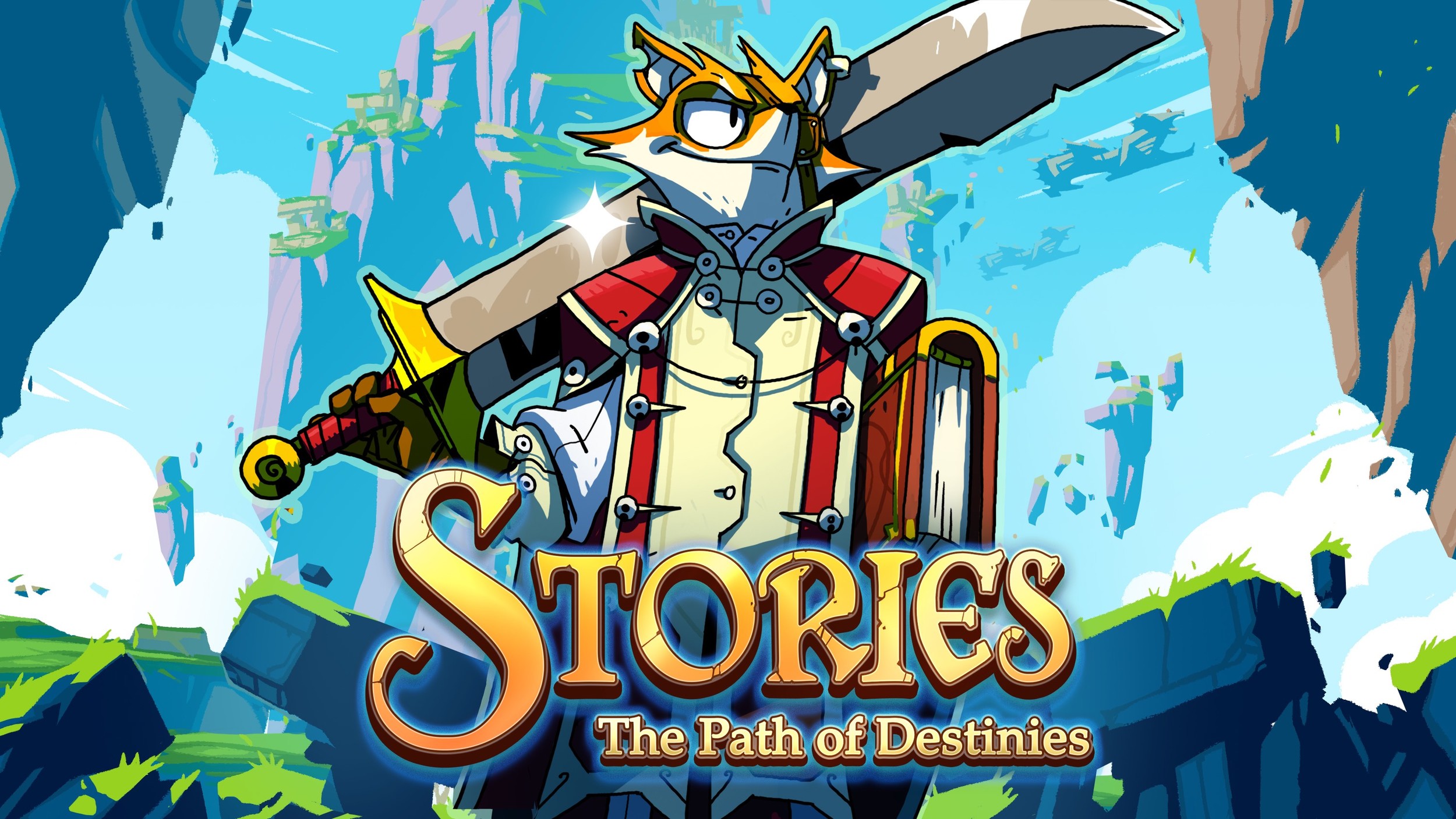 Stories: The Path of Destinies is the story of Reynaldo a roguish fox who after promising his dying mother he’ll toe the line and fly straight (metaphorically speaking) ends up being dragged into a war fighting for the rebellion against an oppressive and crazy frog king who is sending his ravens out to cause mayhem and gather a powerful weapon / artefact etc. The storyline is fairly standard RPG stuff, but in Stories you get the chance to keep going back to fix old mistakes and do the whole Quantum Leap kinda thing ,at least in your own timeline. 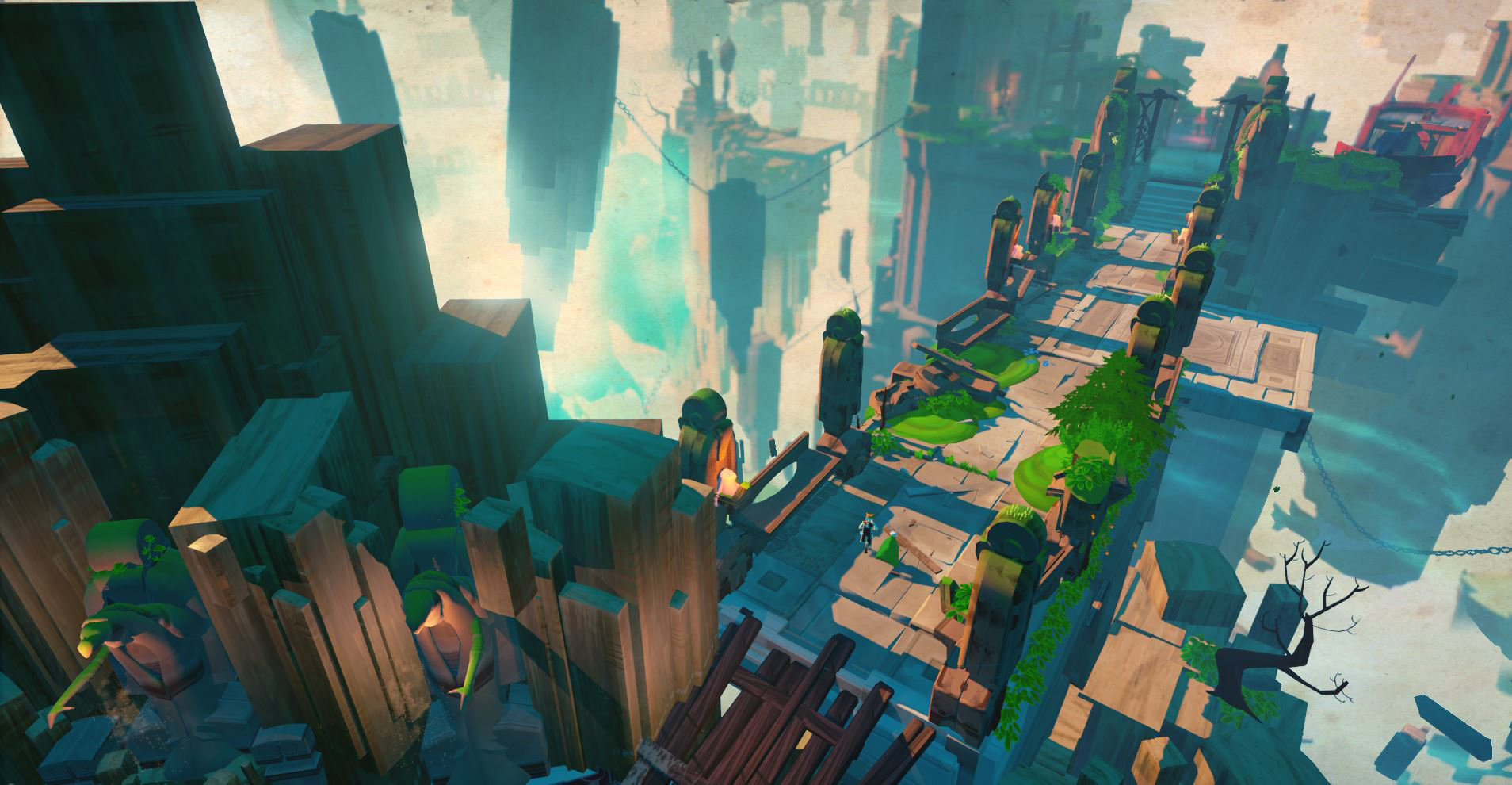 At its heart, Stories: The Path of Destinies is a dungeon crawling RPG. As Reynaldo you hack and slash your way through the various levels, using your abilities and skills such as dash, and a grappling hook to travel through the area. As you fight through each level you gain XP which you can use to skill up and unlock new abilities, and items you can use to purchase and upgrade new swords. Swords do not always just cause more damage; some have additional skills such as healing, while others unlock doors to get to other areas.

As you progress through the storyline you will be given choices on which route to follow, and which quests to go on. So in short, you decide how you want to progress the story. Once you’ve completed the story, you go all the way back to the beginning again keeping the skills and experience you’ve accumulated. This is in no way a bad thing, and is actually one of my favourite parts of the game, and I go into more details in the replayability section, so just hold on.

Reynardo is controlled by ether a mouse/keyboard or a joypad, I opted for mouse and keyboard, and found you move Reynaldo with the right mouse button, attack with the left and the rest of his skills and abilities are done by the odd keyboard command here and there. Using a joypad may be easier, but keyboard and mouse is in no way complex.

The graphics have a cartoon Star-Fox feel about them, although this could be down to the fact that all the characters are animals, especially the playable character of a fox. The backgrounds are bright and colourful, and the characters themselves are distinct and well animated. No boundaries are being pushed by the graphics but they sit well with the storyline and the feel of the game.

The game starts off pretty easy, as all good RPG’s do, but as the new enemies with their different skills and attacks start popping up, things start getting a little trickier, and Stories slowly turns from a simple hack and slash to something a little more strategic. With each playthrough, the enemies increase in difficulty and you become ever more reliant on those hidden health fruits.

Now this is where Stories: The Path of Destinies really comes in to its own and delivers something which I think is a little different. When you complete the story you go all the way back to the beginning again (although not skill and ability-wise) and play through the story again, except this time you have the benefit of the previous play-through. So, if you were betrayed by somebody, on your next play there will be different quest options to choose from, and even the narration and quests are different based on what you now know. Each time you play through the story, you get closer to that perfect play-through. It’s a great idea and it really keeps you wanting to go back and learn more. However, this comes with a downside. As you repeat the various levels, albeit in slightly different ways the combat and play can become overly repetitive.

Stories: The Path of Destinies is a brilliant premise on top of a fairly good RPG game. Although, the combat and general style can become dull over time as you find the four truths, the constantly evolving storyline adds a strong element of replayability that you just don’t always see in indie games.

One thought on “REVIEW: Stories: The Path of Destinies”