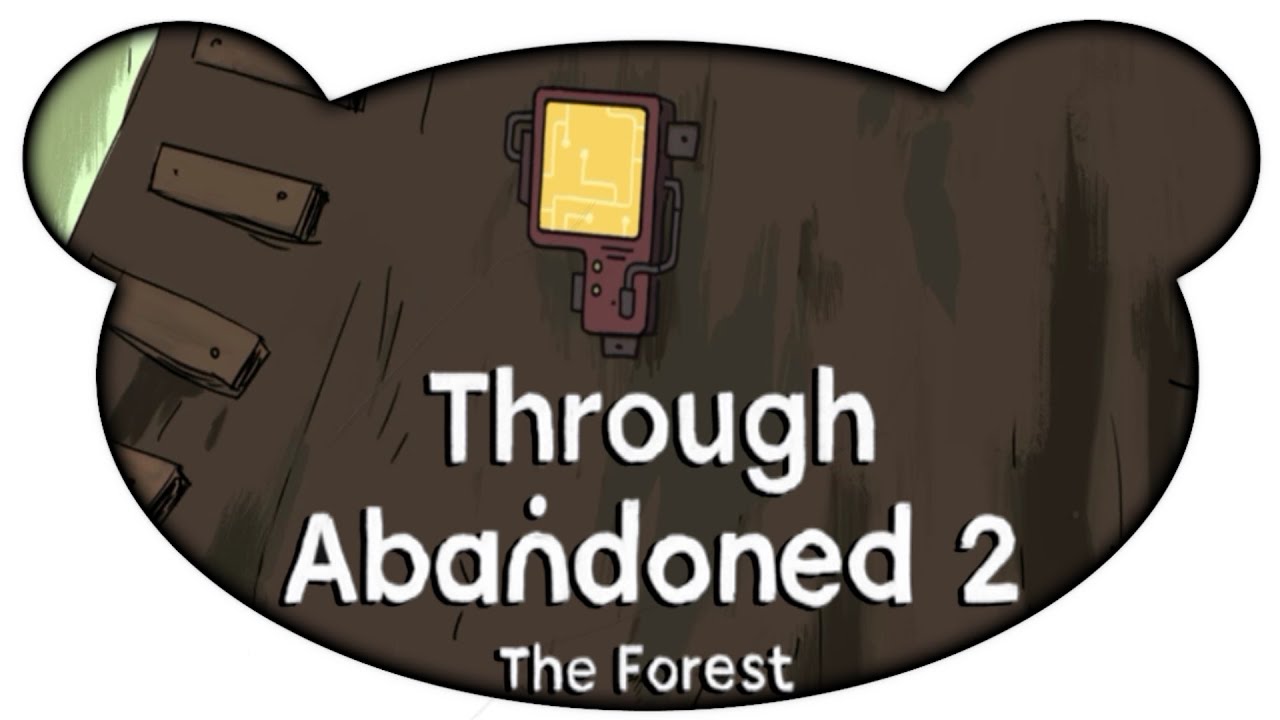 I’ve been raised on a lot of point & click style adventure games. Games like Monkey Island, Grim Fandango, Sam n Max etc. they formed a staple part of my gaming for the first 10 years of my gaming life. The hours I must have spent scanning overly-pixelated screens, desperately looking for that one item that would solve the problem I had been stuck on for hours. The internet had a lot less presence back then if any at all, so there was no easy walkthrough guides available. When you were stuck you could be stuck for days.

Anyway, enough reminiscing. I got hold of ‘Through Abandoned 2: The Forest’, a third person point & click adventure. How would this stand up against some of the other point & click games I’ve had the fortune to play? Let’s see.

Through Abandoned 2: The Forest is all set in third person, you never really see who or indeed what you are. For those unfamiliar with point & click adventure games, you visit a variety of locations, and solve puzzles both by simple manipulation of items within your inventory or by solving other rudimentary puzzles such as sliding, arithmetic or word puzzles. These puzzles invariably unlock other areas, with new puzzles and items. All of these ultimately help to continue the storyline and progress the game.

The story here is simple enough. You arrive on a completely abandoned planet. As you explore, you realise that the entire planets inhabitants left very quickly. It’s up to you and your companion, who contacts you through a serious of DNA locked screens to unravel exactly what went on.

Picking up an object and putting it in your inventory is as simple as clicking on it. To use that object click on it and then select the part of the screen you wish to use it upon. That’s it really. In a similar style to many point & click adventures, you find yourself rushing off from one location to another, solving puzzles and hoping you’ll find the one item to unlock the next part. The puzzles themselves sometimes they make sense and sometimes they don’t. Unless, you can see what the item is in your inventory (i.e. a spade looks very much like a spade) then you have to go by things scrawled on walls and the odd note to try and figure out what the items are. Whether this added challenge is annoying or part of the game’s lore, I’ll leave up to you.

Well, as control systems go this is probably as simple as you’re going to get it. The mouse controls and left mouse button does everything. You move around the screen with the mouse, and pick up, use and select items with the left mouse button. Simple, couldn’t ask for anything more.

The graphics aren’t great. In fact most of the graphics have a sort of cheesy, flash game feel about them. However, that said, Through Abandoned 2: The Forest isn’t a game that needs to rely on its graphics. The game is a puzzle game essentially, so the merit of this game should be based more around the complexity of the puzzles than the style and quality of its graphics.

This game, hits the sweet spot of puzzle difficulty. I’ve found that progression is just enough, so you’re not flying through the puzzles but at the same time you’re not jumping to a walkthrough guide within a couple minutes of play. As with these sorts of games, you’ll solve a lot of the puzzles by blind luck and just trying any object you have with anything on the screen. You’ll progress through the game at a decent level, but there are still some puzzles that will make you go ‘huh?’ and ‘Oh? Ok?’

I honestly, can’t see anyone going back to the game once they’ve completed it. The game would not be any different on the second playthrough, except that there would little to no challenge with the puzzles, seeing as you’ve done them once already. There are no other modes, game styles or characters to play. If you’re a point & click game fan then you’ll be driven to complete this game once, but after that I can’t see many people at all, giving it a second go.

I quite liked Through Abandoned 2: The Forest. I thought the type and complexity of the puzzles was set at just the right level. Graphically, it’s not so great of course, and there’s not much chance you’ll pick it up again once you’ve completed it. However, it’s currently going for £2 on Steam and this game is certainly worth that. So, if you’re a fan of point & click adventures or simply have a spare £2 to spend this probably isn’t a bad investment.