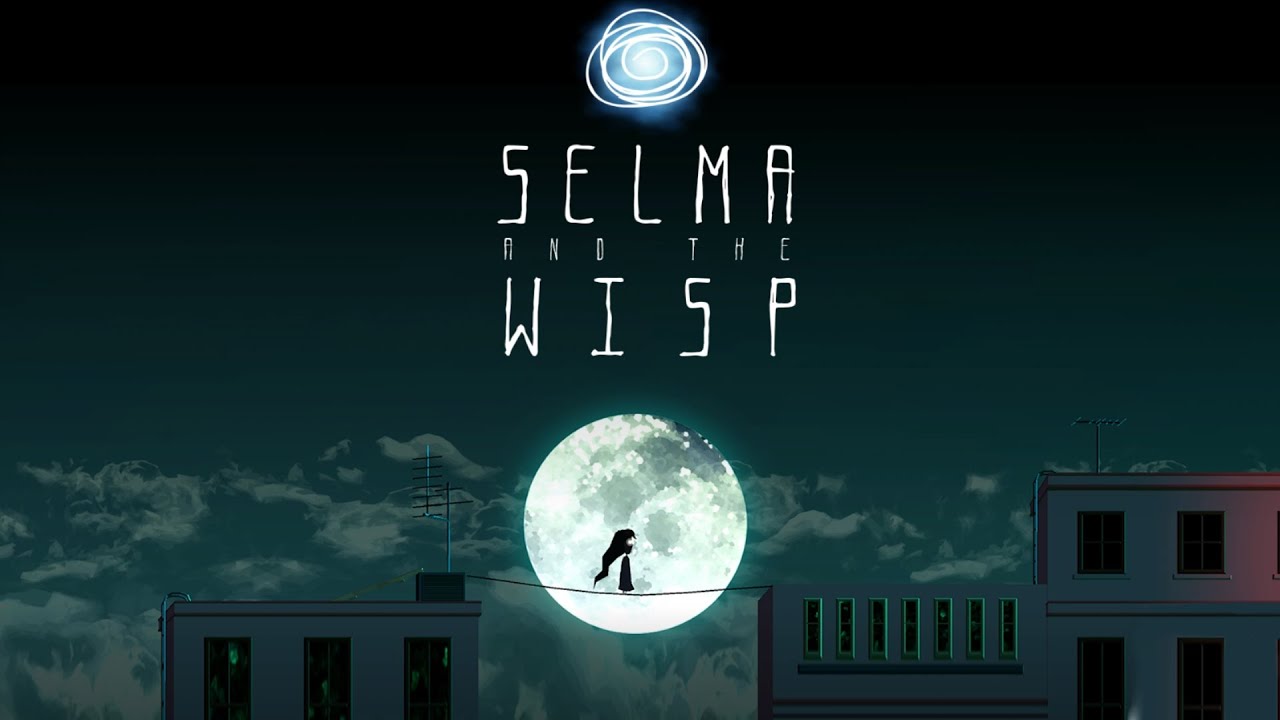 In Selma and the Wisp you play as a ball of light that leads a little girl through several levels of dangerous situations in a nightmare world. It’s akin to platforming by dragging someone tied to you by a rope and hoping they make it all the way through the pitfalls. This can be good and bad, but overall it’s a fast play-through if you feel like giving it a go.

CONS
– Selma can get stuck occasionally
– Some occasional frame-rate stutters
– Puzzles are not difficult, leading to a shorter play-through than expected

The game starts off in Selma’s bedroom and quickly transforms into a nightmare world of dark caves and monsters. Her guiding light is the wisp, which you control. The mechanic used here is that Selma follows your general direction as you show her how to maneuver through each level. You are essentially her torchlight, showing her the path to safety. While this is going on, you must keep track of your light power as it depletes like the lit fuse of a stick of dynamite. This essentially creates a time constraint as your light power runs out quickly when you affect the environment as well as the passing of time. There are plenty of light recharges to keep the action moving, though, and those recharges also work as a guide to show you the way to the next area within a level. You can follow those charge ups like a glowing lines of dots pointing to the correct path. With your light power you are able to blow things up, move objects to some degree, and create bridges for her to cross. Be careful not to stray too far from Selma, though, or she will die of heartbreak. You have a timed heart meter in case she cannot see you close by. This means you sometimes have to act fast for more complex puzzles.

One quite essential function of the wisp is to enable a Hold Mode where you can stop Selma from following you while you take care of a monster or make a pathway safe. Other times, it comes in handy to make it through pitfall areas such as timed crushing rocks. In addition to this, your wisp has the ability to drag certain bubbled items and use them to help solve a puzzle. For example, you can move a missing cog or use a hidden key. This adds a bit of variety since constantly guiding Selma can get boring by itself without some added complexity.

So, what does Selma and Wisp accomplish with all this? For one, it creates a sense of imminent danger. Behind every corner is a possible monster or trap. The darkness of the game makes it feel like the whole world is out to get you. You must look out for devices that need to be activated or areas where Selma has to run through to the safety of an alcove or building. Often, I’d find myself wishing I could jump or move Selma myself as she would not necessarily go the way I expected. This stumped me for a good while on the level with the ferris wheel. However, Selma finally corrected me by following until she figured out the correct jump. It’s a bit of trial and error on some areas.

I have to say that the actual game-play, though, is not very difficult. Pitfall after pitfall, level after level, you pretty much zoom through the majority of the puzzles. I’d say the game length is only a few hours long. It’s missing some clever challenges. There are no puzzles that wrack your brain or blow your mind when you discover the solution. It’s more along the lines of a decently made game that you can play through in one sitting. If you get stuck, move around a lot more and Selma will likely figure out the solution for you.

The platforming is very moderate, mostly because Selma is unable to jump on command. So, there are limitations to the difficulty level of platforming. The controls have a very soft feel rather than a exact level of control.

I’ve seen some comparisons to Limbo for this game, but frankly I just don’t see it. In Selma and the Wisp you are mostly guiding her along, not making the movements yourself. She has to follow you like a balloon on a string, I didn’t see anything that reminded me of Limbo in any way other than the game itself being rather dimly lit and an eerie soundtrack. Selma is an original game more than a copy of Limbo.

There is no verbal or written story I could find other than the intro of the game and few sentences towards the end. Each level offers different scenery, but nothing in the way of a story-line per se.

The graphics have a nice polygonal look to them and the dark color hues create a huge impact on the atmosphere of the game. I did notice that the monsters did not exactly give off a frightening vibe. Perhaps that is because Selma is a little girl and there is limit to the level of fright for her nightmare monsters. There were a few monstera that even looked like a child’s drawing. I’m not sure if that was intentional or not, but it stuck with the polygonal art.

The scenery is somewhat foreboding. You’ll traverse dark rocky areas, rickety bridges, water, and more. Selma is in a nightmare from which you are her only light and that’s very apparent in art direction and color scheme. Very little in the way of light sources will appear. It’s a shadowy game with only offset lighting, dim lights, or moonlight to see through.

Music is creepy and in no way soothing, yet it doesn’t delve into a horror soundtrack. There are no skin crawling sound effects used that I recall. Again, I feel this is because Selma is a child and this reflects a child’s view of horror rather than a more terrifying adult nightmare.

Selma and the Wisp has some very good things going for it. The polygonal art direction, dark color scheme, and inventive game-play give it a distinct look and feel. Leading her through the depths of the caves and listening to the sounds of water or monsters echoing through the game is a treat. The control mechanisms and ability to put Selma on hold along with the wisp’s time constraint give a nice edge to the level design. However, it’s puzzles are not quite challenging enough and it shortens the game-play more than expected. While the puzzles are inventive, I seemed to be breezing through a bit and I’m not the best puzzle platformer around. I don’t think the levels should be longer, or substantially more difficult as I feel that might just be aggravating. What the game could use are some levels that make you go “wow” once you finish them. It’s that lack of amazement that is missing and could be improved. It doesn’t make the game bad or mundane, but it does make the game less of a must play game and more of a game to play in one or two sittings. All in all, it’s still a fun play through from beginning to end if you like puzzles with some light platforming.