This nostalgic 2D platformer will make you relive your NES days, or at least give you a taste how playing a video game felt back then.

Adventure in the Tower of Flight is a action packed 2D platformer. Your goal is to become the first man ever that climbed the top of the tower, and thus becoming the ruler of all known world. Along the way you will encounter countless monsters, collect thousands of coins and probably die dozens of times. Developer clearly had a vision of making a true retro experience, and all aspects of the game (especially visuals and sounds) are in the right alignment with that retro vision.

The tower itself is a collection of differently themed areas (I suppose you could call those worlds) with the boss fight awaiting you at the end. As you progress to the top of the tower things get more difficult, as you would expect, but actually the whole game summed-up is quite easy if you have some past experience with platformers.

There are really just a few difficult rooms and the only real challenge comes from the very last boss fight. Ofcourse, we are talking about a ‘normal’ difficulty setting here. For a true challenge you should choose ‘master’ or ‘nightmare’ difficulty, and we sincerely advise you to do that. 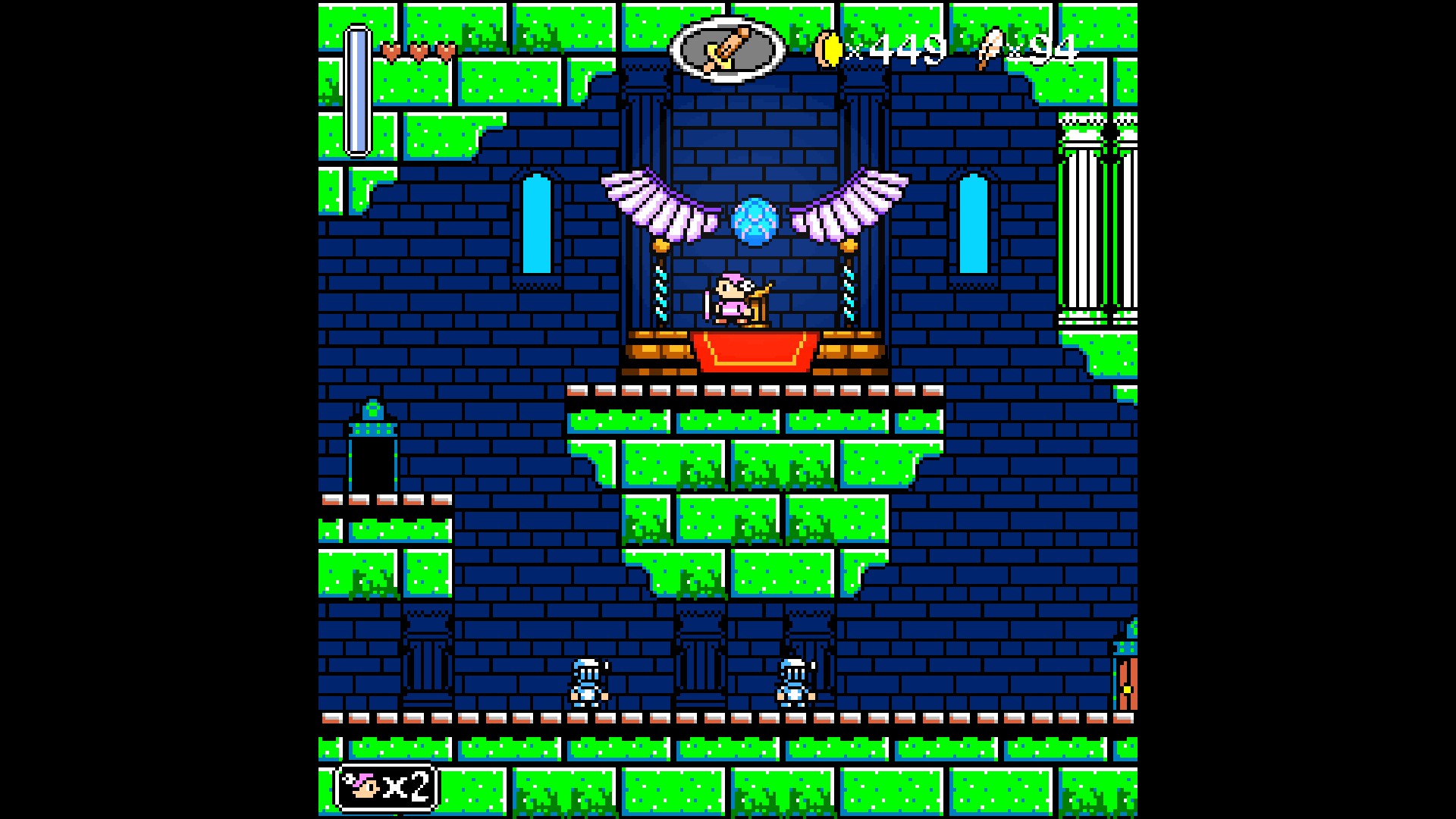 You wouldn’t expect to find merchants in the tower which no one has managed to conquer, but hey, there are some! There are two forms of currency you can obtain in the game, either collecting them from chests or dead monsters, represented as coins or jewels, and as golden or white feathers.

With coins you will buy health refills and extra lives, and with feathers you will buy instant revive bottles. And thats about it, those are your limited options as far as shopping goes. We can only wish for more diversity.

Level design is top-notch and it is a real joy to soar through it. You will find yourself journeying through fire, snow, day and night, and even underwater. It is very diverse, colorful and all together easy on the eye. You can even find numerous hidden passages throughout the tower that will reward you dearly.

We can say the same for enemy design. Although not much variety among the enemies, they are all unique in how they look and what effect they carry with them. Enemies range from simple butterflies to huge flying goblin-ghoul-orc-like floating heads. 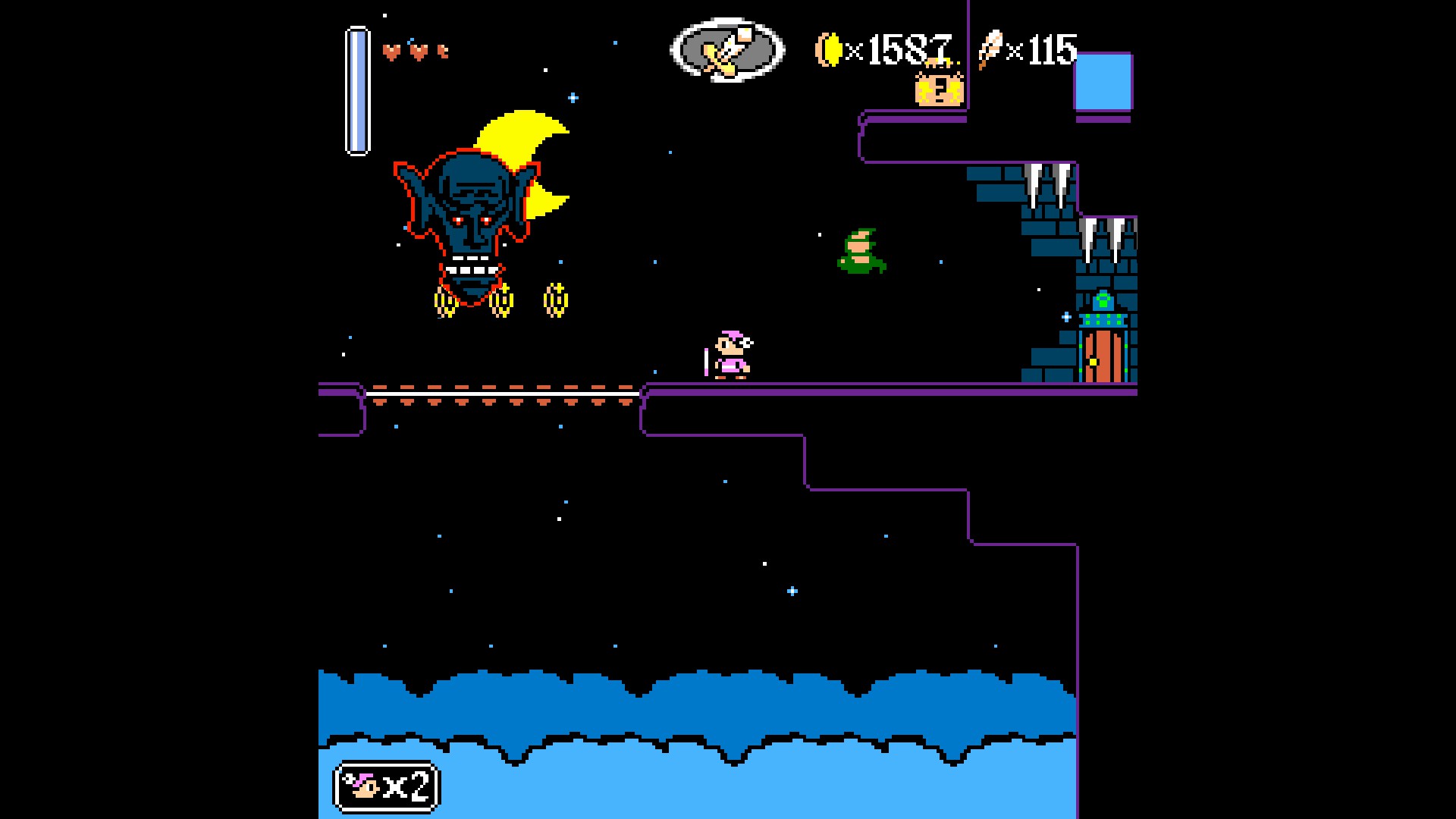 Sound is exactly in tune with other aspects of the game and will subtly accompany you through your adventure. It’s neither to intense (as in many modern NES clones) nor it is to dim and unappealing.

There is only one thing in the Adventure in the Tower of Flight that is really inexplicably badly made. And that thing is probably the most important aspect of a simplistic platformer game. I’m talking about boss fights of course. Boss fights are predictable, with clear and easy to master patterns and are largely unappealing to play.

And I just can’t wrap my head around that, it really downgrades the whole experience. If they were made in the same qualitative standard as the rest of the game, Adventure in the Tower of Flight would be a game of a highest order in 2D platformer genre. Easy boss fights really do, in my book, relegate the game to the mediocrity. And it’s a shame. 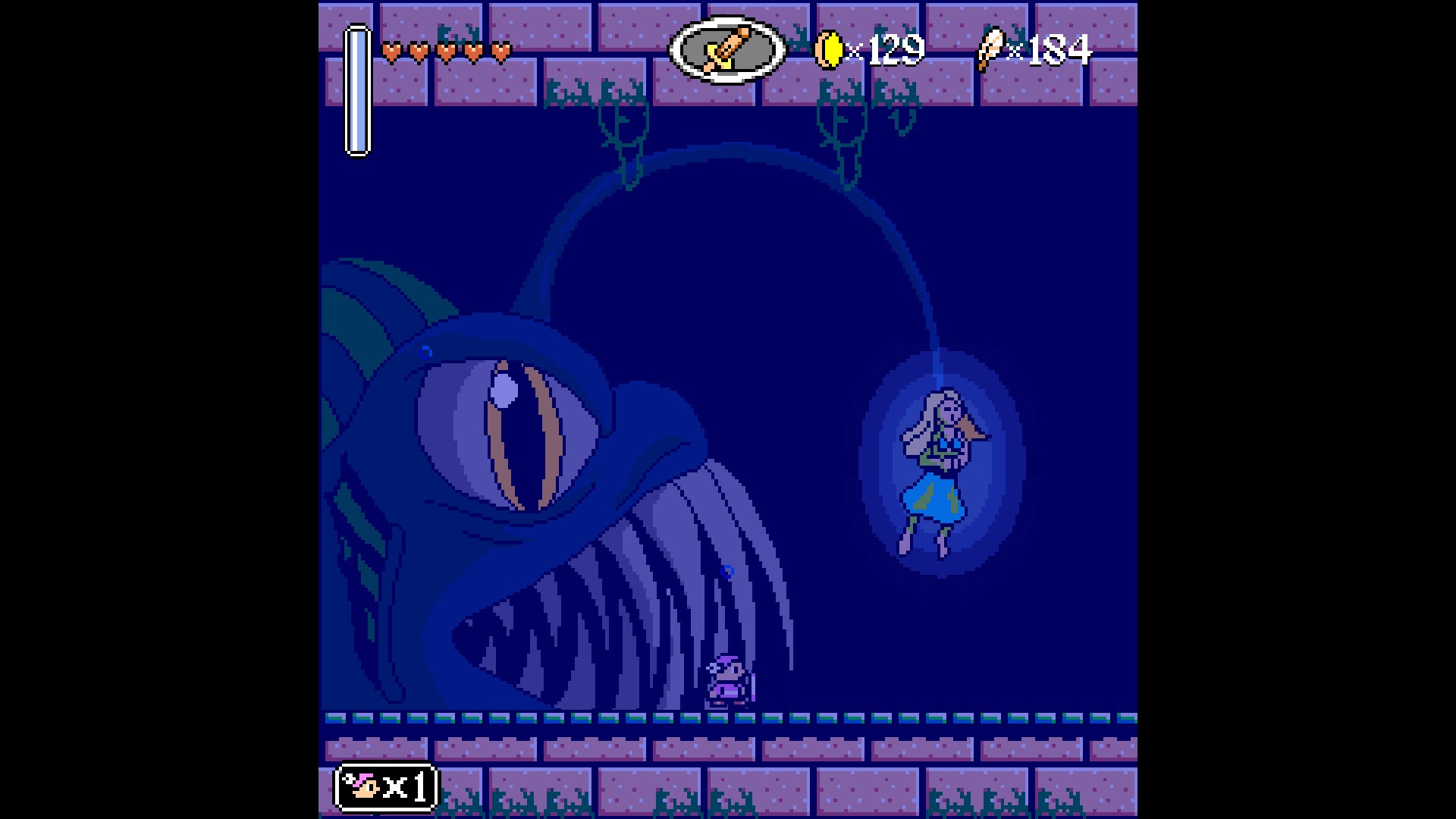 Overall, if you are a retro console fan, or a platformer genre fan of any kind, you will like this game without a doubt. And you will probably go through the game more than once like I did. But at the same time, you will be disappointed with the fairly simple and predictable boss fights.

– some sweet features including hidden doors and passages

– lack of item diversity in shops