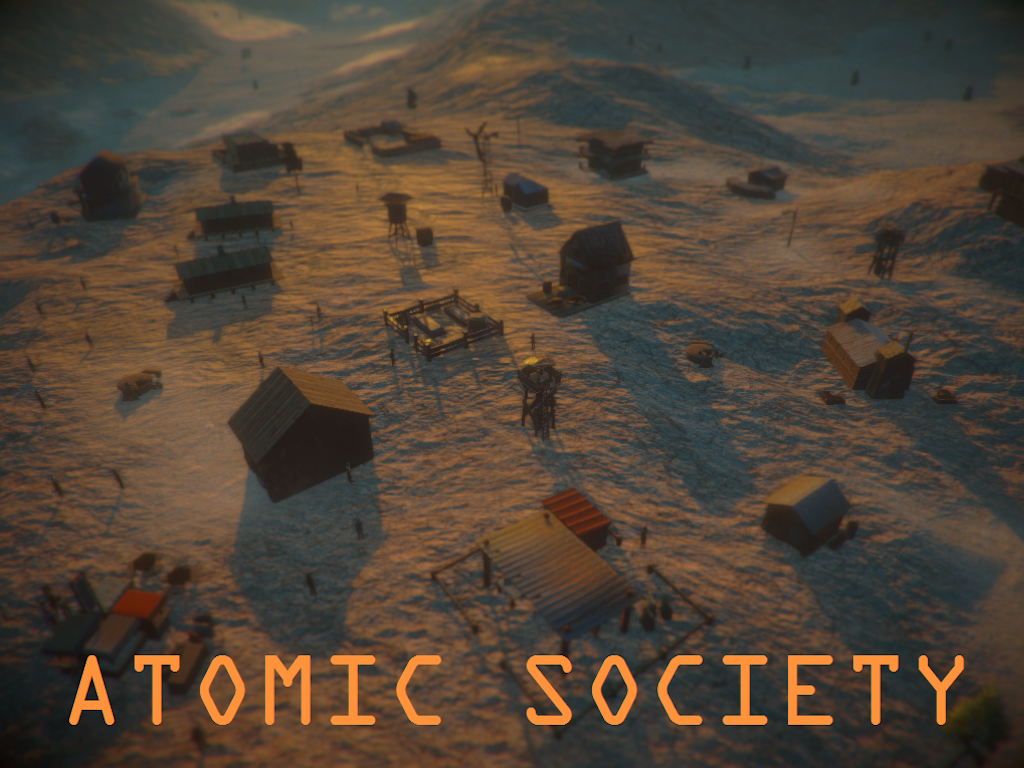 Far Road Games has started its Kickstarter for its city building game set in the post-apocalyptic wasteland.

Gamers can think of Atomic Society as “Tropico meets Mad Max”, as players must build their own Bartertown, trying to bring order out of chaos.

Unlike most games of its ilk, players will be able to take direct control of their leader character and walk around their burgeoning settlement, even helping out with construction or even arresting criminals. After all, every able body is needed, especially in a setting where able bodies aren’t common.

Far Road Games also promises a great deal of replayability with its enormous environments and procedurally generated citizens. “The issues and traits that arise in your people will be different every time, and come in different amounts. You never know who is going to turn up on your borders. The way the traits interact with each other is open to a great deal of unpredictability,” promises the developer.

The wasteland will include plenty of exploration, as players can search ruined vehicles and buildings for supplies and convert abandoned structures into homes. Players also have to make survival decisions, such as the “multiple ways to generate water in Atomic Society for example – each has pros and cons. Collect rain water? Boil lake water? Dig a well? There is never a perfect formula.”

It’ll also be a challenge to deal with bad eggs. “Every worker has unique characteristics. Alcoholic, bad boss, physically fit, anti-social, and so on. Pick carefully to perfect your workplaces,” the developer warns. And while undesirables like religious extremists and murderers will be attracted to the settlement, it’s difficult to just toss them in jail because resources are scarce.